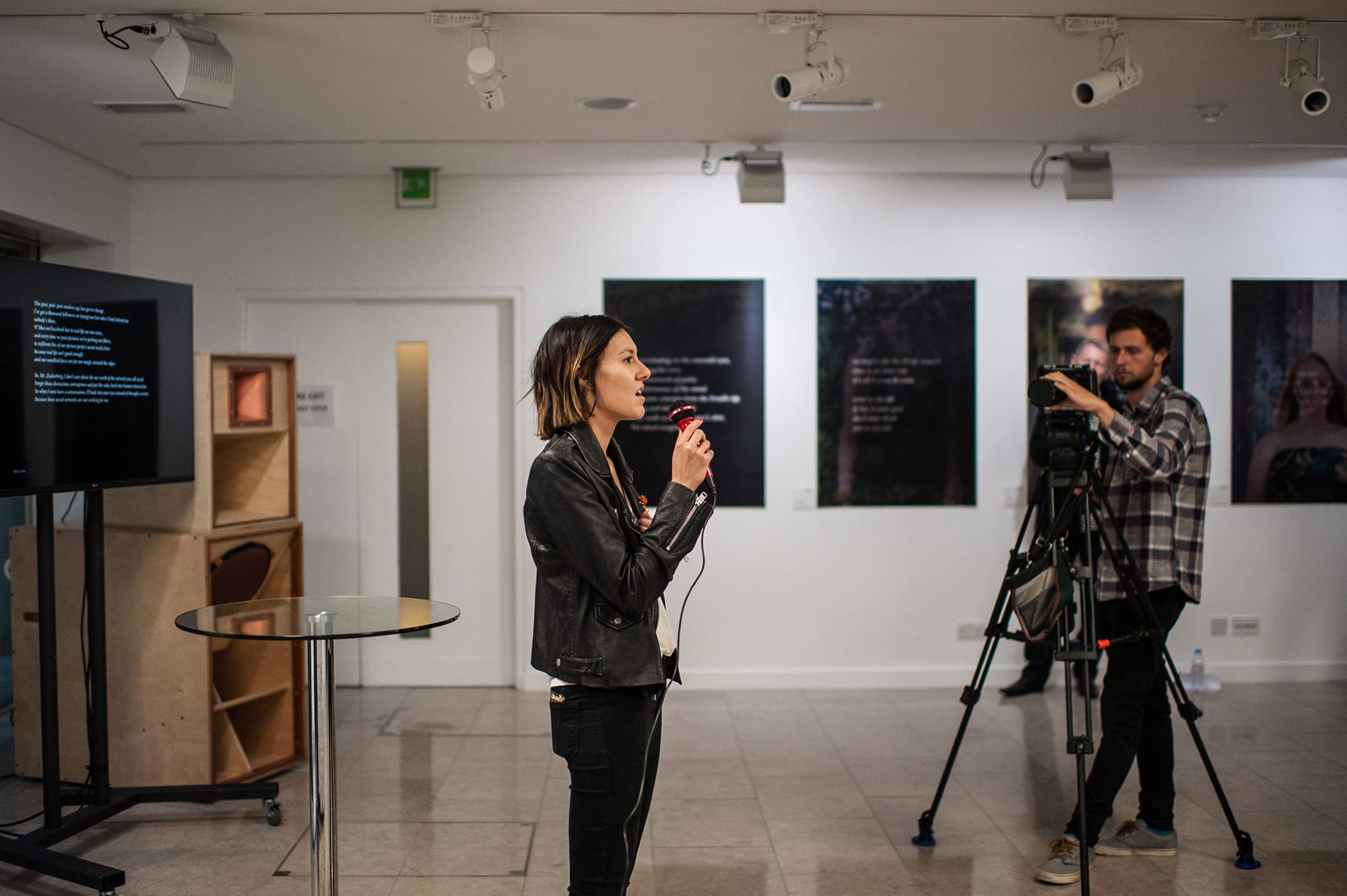 The other day I heard that 2.3 billion people in the world own a smartphone.
This digital vine is getting overgrown because in some parts of London, nearly 1 in 2 kids live in poverty
but we’re too busy for sympathy. We’ve got our apples and blackberries but we, too, are hungry
for attention.
In this technology obsessed generation all we’re sharing,
are status updates…

We tweet everyday but if you looked out the window
would you know the name of a single bird?
While your characters are limited (to 140),
that bird sings a harmony so sweet while you’re fumbling with keys so furiously
anyone would think you were trying to break free…
but you’re just logging in.
“Are you sure you want to connect via this unsecured network?”
…well isn’t that what it’s all about, insecurity, don’t forget about me, me, me, my selfie and I…

iPhone, iPad, iMac – the communication in this generation has been reduced to Snapchats.
What’s happened to conversation?
What’s happened to speaking in words instead of text message abbreviations?
And before you start sexting, just remember, his phone has better memory than he does
and love, isn’t something you’ll get by sharing your underage body with the internet
and those cyberbullies who get nothing but cheap thrills and phone bills.
You think sticks and stones and broken bones hurt any less than the names they call you?
They want to make you believe not a single boy in the whole damn school would fall for you.
But when they’re shut in their bedrooms because their mum owes £150 to O2,
You’ve got more chance than they have.

This post, post, post-modern age has got to change.
I’ve got a thousand followers on Instagram but when I look behind me nobody’s there,
97 likes on Facebook but in real life no-one cares,
and every time we post pictures we’re picking out filters,
to infiltrate lies of our picture perfect social media lives
because real life isn’t good enough,
and our unedited faces are far too rough, around the edges.

So, Mr. Zuckerberg, I don’t care about the net worth of the network you call social.
Forget these distraction contraptions and put the value back into human interaction.
So when I next have a conversation, I’ll look into your eyes instead of through a screen.
Because these social networks are not working for me.